(Reuters) - Olympique de Marseille have appointed Croatian Igor Tudor as their new manager to succeed Jorge Sampaoli, who left the club by mutual consent last week, the Ligue 1 side said on Monday.

Marseille said the former Croatia international, who has previously managed Hajduk Split, PAOK, Galatasaray, Udinese and Hellas Verona among other clubs, had signed a two-year contract.

"I think we have found what we need in Igor Tudor, and I am happy to welcome him to our club. Igor is a fighting man, as he has demonstrated throughout his career, both as a coach and as a player," Marseille owner Frank McCourt said in a statement.

Tudor represented Hajduk Split in two spells and also played for Juventus between 1998 and 2007 before getting into coaching.

"I am convinced he will feel at home in Marseille. His coaching experience at Galatasaray and PAOK, as well as Juventus as a player, prepared him for the level of passion that defines and unites our club and his city," McCourt added.

"But above all, as he recently proved at Hellas Verona, Igor is a true leader who offers a bold vision of football, who does not shy away from any challenge and who is determined to pursue excellence."

Argentine Sampaoli, who took the job in February 2021, led the team to a second-place finish in the French top flight last season and a Champions League qualification spot before leaving the club. 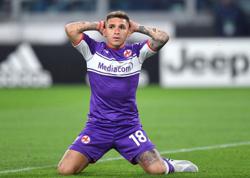 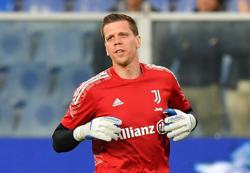