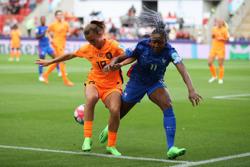 Fowler made her international debut aged 15 in 2018 and has seven goals in 24 appearances for the Matildas.

The 19-year-old spent the last 2-1/2 seasons at Montpellier after joining them from Adelaide United in January 2020 and was last month named the Australian PFA's Young Women's Player of the Year.

"Mary is a without doubt one of the most exciting young talents in the game right now and we're absolutely thrilled to have her join us here at City... She has a maturity beyond her years," manager Gareth Taylor said in a statement.

"The fact that she made her senior international debut at just 15 really does show what high regard she is held in by the football world and we feel as though she'll fit right in here with our team at City."

The arrival of Fowler continues City's rebuild following the signings of forward Deyna Castellanos and defenders Laia Aleixandri and Leila Ouahabi after the exits of a number of long-serving players.

City qualified for the Champions League after finishing third in the 2021-22 WSL season, behind champions Chelsea and runners-up Arsenal. 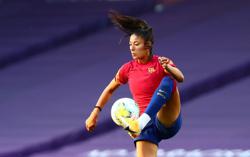 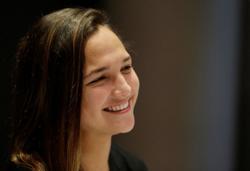