The 20-year-old believes that the teachings of Kim Pan-gon and his coaching staff during the AFC Asian Cup final round qualifiers have helped him in terms of intensity and tactics.

The left-footed player now hopes to bring that newfound knowledge to his game in Petaling Jaya City and admits that he played with great confidence in his team’s 1-1 draw against Penang last weekend.

The Selangor-born player said getting called up was the most surprising thing and admitted the first few days were tough for him.

“I was not even on the standby list but the coach called me up, so that was a surprise to me. In the 30 days with the national team, there were ups and downs. The first few days weren’t easy,” said Ruventhiran, who also plays as a wingback and revealed that he prefers to play in that position.

“The training sessions were demanding, and the coaches demanded lots of quality and professionalism. At one point, it was too much pressure but all that subsided when I started in an international friendly against Brunei.

“After that game, I adapted to the tactics and movements and got better. When coach Kim gave me a chance to play against Bangladesh, I was happy to be given some exposure. It showed that he believed in me.

“Coach Kim took care of me very well and I hope to be part of the next national camp. I just need to keep working hard with my club.”

For Ruventhiran, the national team outing was satisfying but he wants more.

“The whole experience in the national team will help me in the Super League. I feel confident and agile. Plus, the way Malaysia and PJ City play are almost similar. So, I hope to get better with the club this season.”

Ruventhiran said PJ City coach P. Maniam has played a big part in the progress of his game and wants to repay his faith by doing well for the club.

“In 2020, the President Cup team didn’t have any games because of the pandemic, so I played social league matches to keep myself fit. Coach Maniam saw me in those games and took me to train with the Super League team last year.

“He taught me to be mature and professional on and off the pitch. I am still learning a lot from him.

“I hope to get back in the national team, and for that, I need playing time and consistent performances.” 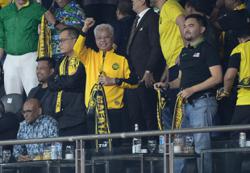 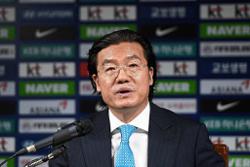