LONDON (Reuters) - Manchester City forward Caroline Weir will leave the club this summer after her contract runs out, the FA Women's Super League side on Wednesday.

The Scotland international has been linked in media reports with a move to Spanish side Real Madrid after spending four years in Manchester where she won four trophies, including this year's League Cup.

Weir scored 38 goals in all competitions for City including a stunning chipped effort against rivals Manchester United in February last year which was nominated for the 2021 FIFA Puskas Award for best goal. 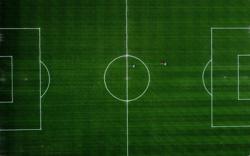