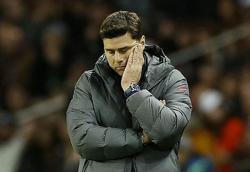 MILAN (Reuters) - Liverpool FC's planned victory parade on Sunday has stirred unease for a representative of victims of the Heysel stadium disaster as it coincides with the 37th anniversary of the tragedy.

Liverpool, who play Real Madrid in the Champions League final on Saturday, plan a celebration in their home city after a season in which they have already won the two main domestic cup competitions in England and finished runners-up in the Premier League.