(Reuters) - Chelsea manager Thomas Tuchel believes the club's misfiring forward line must "over-perform" next season if they are to have any chance of catching Manchester City and Liverpool in the Premier League.

A lack of goals has contributed to Chelsea's disappointing league campaign, with midfielder Mason Mount (11) the only player to reach double figures this season as they look set to finish third.

"If we stick to the group, then we will try to solve it with these players," Tuchel told reporters ahead of Sunday's final league game against Watford.

"We need to produce more numbers because the numbers from our offensive players don't allow us to over-perform," he said. "I'm not pointing fingers, but we need over-performance from everybody and it's not over-performance if we have only single figures in scoring and assisting."

The German hinted at strengthening the attacking department in the summer but added things had been made difficult by government-imposed sanctions following Russia's invasion of Ukraine.

The sanctions will be lifted once the new owners, a consortium led by Los Angeles Dodgers part-owner Todd Boehly, take over after clearance from the British government and the Premier League.

"Is it necessary to bring more offensive players around the box to create more distractions, to create more space for each other? We will ask that question," Tuchel said.

"We are late because other clubs can take players. We have to be fast and smart as soon as the sanctions are lifted... There's a lot of work to do." 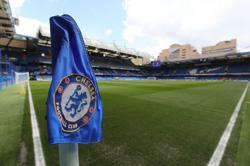