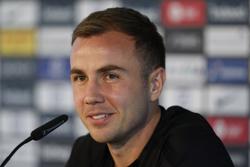 SEVILLE (Reuters) - Rangers coach Giovanni van Bronckhorst urged the 100,000 Scottish fans that are expected to arrive in Seville for Wednesday's Europa League final to be on their best behaviour.

"Is not often that we are able to reach a European final, so we have to enjoy this moment and make sure we don't cause any trouble," Van Bronckhorst told a news conference on Tuesday.

Spain's police chief was concerned about the 'serious problems' that could arise with an estimated 150,000 Rangers and Eintracht Frankfurt fans expected in the city for Wednesday's game, with the majority not having tickets for the final.

"I don't think is about the numbers. You bring 50 people and they cause chaos," Van Bronckhorst said.

"I know we have a lot of fans travelling with us here... and they have to enjoy this occasion.

"Half of the fans will go back home happy and the other half will go back angry but we should respect the host city. There are a lot of people working hard to accommodate us. Enjoy (the atmosphere) and don't leave any bad (memories) behind."

The 47-year-old Dutch manager, a former Rangers, Arsenal and Barcelona player, praised the Scottish club's fan base for the way they helped the team beat more fancied sides such as Borussia Dortmund and RB Leipzig to reach the final.

"Our fans will be a factor. We knew before if we could get a good result to take back to Ibrox, it meant we could get a result against any team. It’s different here but you will hear our fans tomorrow," he said.

Van Bronckhorst confirmed that Kemar Roofe had recovered from a knee injury that had sidelined the Jamaican midfielder for several weeks and he was fit for the final.

Roofe's return will provide a huge boost to Rangers, beaten in the 2008 Europa League final by Zenit St Petersburg, as they chase their first European silverware in 50 years following their success in the now-defunct Cup Winners' Cup in 1972.

Eintracht Frankfurt are bidding to end their 42-year barren run in Europe, having won the Europa League when it was called the UEFA Cup in 1980.

"I won five prizes in four years at Feyenoord but this is different," Van Bronckhorst said.

"It’s a club I played at for three years in the 90s and I’m proud to take the boys into the final. It’s a huge opportunity to get a second major prize in Europe.

"We’ve had an amazing run and it will be an amazing final. But the final is only nice when you win. So that's what we'll try and do." 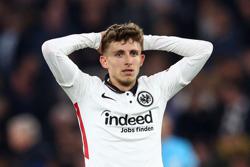