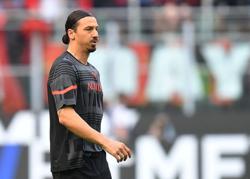 PETALING JAYA: The Charity Shield is set to be an encounter of its own starting this year after the Malaysian Football League (MFL) confirmed that it would not be part of the Super League fixtures.

MFL chief executive officer Stuart Ramalingam, in a media briefing on the Malaysian Football League calendar next season, said: “The Charity Shield will be a curtain raiser of its own. That’s something new for the 2022 season.

“Last year’s Super League champions will play host for this match. The decision for this is because we believe it brings revenue and there will be commercial add-ons.”

The Super League is scheduled for kick-off from March 4 to Sept 17, while the Premier League will be from March 5 to Sept 3.

The champions of the league will qualify for the AFC Champions League while the runners-up will get a spot in the AFC Cup next year.

After a two-year absence, the FA Cup will return to the Malaysian League calendar, from March 6 to Aug 6.

The Malaysia Cup will be held from Oct 7 to Nov 19.

The FA Cup will now be the competition that offers a path to the continental stage instead of the Malaysia Cup. The FA Cup champions will qualify for the AFC Cup next year.

As for the standard operating procedures (SOPs), Stuart said the MFL have given their suggestions and will get feedback from the National Security Council.

He added they would work closely on upgrading the SOPs and ensure that the authorities realise the work done by the football industry in the last two years.

“We had no football or fan cluster last season. We’re optimistic that discussions with NSC would go well in terms of how the league can be done and so on.

“Last season, if one player or official was found Covid-19 positive, the whole team had to be quarantined. So we’ll discuss that and hope for a good outcome.

“As for the fans, we can’t expect full crowds with the looming threat of Omicron. As things improve, we’ll hope to see things back to normal again.” 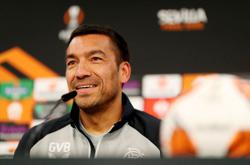