(Reuters) - British lawmaker Tracey Crouch expects the Premier League to "push back very, very hard" against her recommendation for the creation of an independent regulator for English football.

Crouch published a report last month which called for parliament to back the creation of a new regulatory body among a series of other recommendations, including a 'transfer tax' to be paid to lower league clubs.

"My understanding is that the Premier League ... is going to argue very, very strongly for the independent regulator to not be set up via legislation," Crouch said at a Digital, Culture, Media and Sport select committee on Tuesday.

"I think they will push back very, very hard on the statutory aspect of the independent regulator and would rather it was a unit in the Football Association."

Some Premier League clubs, including Leeds United, Aston Villa and Crystal Palace, have spoken out against the review's recommendations of a regulator and transfer tax.

"All I'm trying to do is to get some money down the football pyramid," Crouch said. "Some of the criticism from chief executives made it very clear that they hadn't read the report.

"It's not about a government regulator, it's an independent regulator. The remit is about the long-term financial sustainability of football."

Crouch said the Premier League could change its rules "tomorrow" and introduce a transfer levy that would go to grassroots and player welfare.

"That would, to use a football analogy, effectively put them 1-0 up and park the team bus in front of goal," she added. "I'd encourage them to do that. I think I've been very reasonable in what I've recommended in this football review." 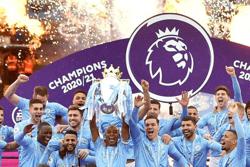 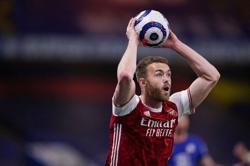