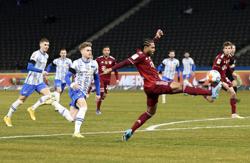 Freiburg and Union Berlin's budgets are only a fraction of that of the big clubs but the minnows have given Bundesliga powerhouses a run for their money this season and are deservedly battling for a Champions League spot.

Freiburg demolished Borussia Moenchengladbach 6-0 with their biggest ever Bundesliga win in their history to move up to fourth place while Union eased past last season's runners-up RB Leipzig 2-1 to climb up to sixth, two points behind Freiburg.

"I have been a coach a long time but I have never experienced anything like this before," said Freiburg coach Christian Streich after his team scored all six goals in the first half.

RB Leipzig have gone on a search for a head coach after last season's Bundesliga runners-up sacked Jesse Marsch following their loss to Union, their third defeat in a row.

With less than half of the season played, Leipzig are desperate to get back into the Champions League spots as soon as possible.

Leipzig, who lost only seven matches last season, have already lost six in this campaign to sit in 11th place.

Bayern Munich's 3-2 win over Borussia Dortmund put them four points clear at the top but also gave them full bragging rights in the Bundesliga having won the last six matches against their rivals.

This is the first time either of the two teams have dominated with such a long winning run, with Bayern chasing a record-extending 10th league crown.

"It was not just about the three points," Bayern's Leon Goretzka said. "This is about supremacy in Germany and obviously we wanted to win this game." 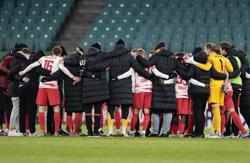