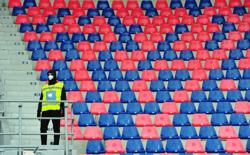 (Reuters) - England women head coach Sarina Wiegman said Tuesday's 20-0 thrashing of Latvia in the women's World Cup qualifiers was not good for the development of the game, stressing on the need for competitive matches.

England, ranked eighth in the world, recorded their biggest-ever competitive victory after 10 different players found the back of the net in a one-way encounter against Latvia, who are ranked 102nd.

"But I don't think it's good that the scores are so high. I know that has the attention of the federations - UEFA and FIFA. I think that's good because I don't think 20-0 is good for the development of anyone."

England are top of Group D in their World Cup qualification campaign with a perfect record of 18 points from six games. They have scored 53 goals and conceded none.

Latvia are bottom without a point having conceded 46 goals, scoring only twice in their five matches.

The 2023 Women's World Cup will be held in New Zealand and Australia. 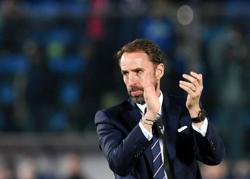