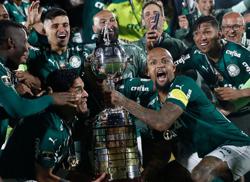 MONTEVIDEO (Reuters) - David Luiz defended his Flamengo team mate Andreas Pereira on Saturday after the loanee from Manchester United made a decisive mistake in their 2-1 defeat by Palmeiras in the Copa Libertadores final.

Pereira was caught in possession 30 meters from goal by Deyverson, who drove on to score the winning goal five minutes into extra time at the Centenario stadium in Montevideo.

But Luiz, who arrived at Flamengo in September after years spent at Benfica, Chelsea, Paris St Germain and Arsenal, said the 25-year-old midfielder was not the reason that Flamengo failed to win their second Libertadores - South America's equivalent of the Champions League - in three years.

“That’s football,” Luiz said. “He was having a great game, playing fantastic, and then in one move it all comes crashing down. The only thing I said to him was that no matter how much people will analyse that moment, we didn’t lose the game because of that.”

Luiz’s explanation was understandable and came after goalkeeper Diego Alves also defended Pereira, saying "Victory is ours (as a team) and defeat is too."

Luiz, though, was not alone in believing Flamengo were unlucky in a game where they spent more time than their opponents going forward.

Flamengo had around two-thirds of possession and the same with attempts on goal but fell behind to a Raphael Veiga strike after five minutes and although they were the better side in the second half and scored through Gabriel Barbosa after 72 minutes, they lost to Deyverson’s opportunist goal early in extra time.

“We need to have the humility to recognise that Palmeiras came with a strategy of playing on the counter attack, to take advantage of our errors, and that is what happened,” said the defender. “They’re not here for the second year in a row for nothing.”

The result means Palmeiras become the first team since Boca Juniors in 2001 to win back to back Libertadores titles. 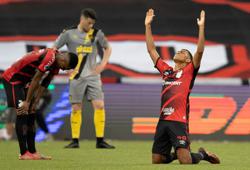 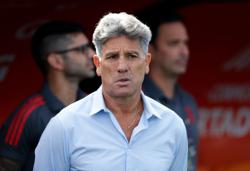