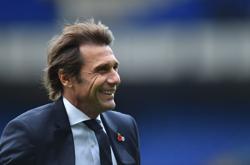 (Reuters) - Graeme Jones will be in charge of Newcastle United for their next two games against Crystal Palace and Chelsea, the Premier League club's interim manager said on Friday.

Jones, previously the assistant coach, was handed the reins at his boyhood club after manager Steve Bruce was sacked earlier this week by Newcastle's new owners while they seek a permanent replacement.

Newcastle, 19th in the standings and yet to win a game this season, play away at Palace on Saturday before hosting league leaders Chelsea next weekend.

"I spoke to the owners on Wednesday morning. They've asked me to take the team for the next two games on an interim basis. I'm fully focused to preparing the team to be as competitive as we can in both games," Jones told reporters.

"Initially I was upset, if I'm honest. I had a great working relationship with Steve, he's a good man. We know the speed of football and how quickly you have to move on.

"The focus quickly changed in terms of positivity and getting the boys ready tactically."

Jones said the takeover by a consortium 80%-led by Saudi Arabia's PIF sovereign wealth fund had changed the atmosphere around Newcastle, rekindling hope they can replicate the Kevin Keegan era in the 1990s when they were genuine title contenders.

"(The takeover) gives you a chance. If you're going to win things long term, you need the best players and only money buys you that," Jones added.

"There's huge hope for the club. I go back to the Keegan era, the biggest thing that was there was a sense of hope. That's back.

"My ambition is to do as well as I can for my football club. I'm motivated for this job, more than I ever have been for any others. I went with my dad to watch this club as a four-year-old." 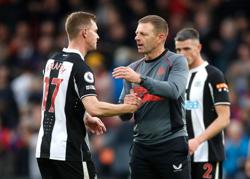 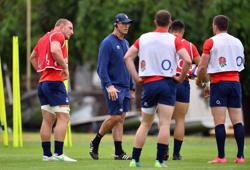