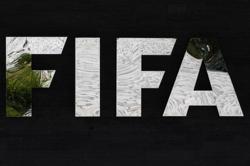 (Reuters) - The evacuation of a second group of 57 refugees from Afghanistan linked to women's soccer and basketball, comprising mainly women and children, has been completed after negotiations, world soccer's governing body FIFA said on Friday.

There have been numerous evacuations since the Taliban seized control of Afghanistan's capital Kabul on Aug. 15 and announced a new government last month after U.S.-led foreign forces withdrew and the Western-backed government collapsed.

Last week FIFA said it had worked with the Qatari government to evacuate almost 100 football players and their families from Afghanistan. The 57 individuals in the second group were also flown to Qatar on a charter flight.

Earlier this month, FIFA had also helped cycling body UCI in the evacuation of 165 refugees via Albania.

"We would like to express our sincere thanks to both the Amir of Qatar... and the Prime Minister of Albania... for helping us with this humanitarian mission and for all their assistance in safely relocating these members of the football community in such challenging circumstances," FIFA president Gianni Infantino said.

"I am also calling on all of our friends in governments and in the football community across the world to help us in obtaining residence permits and visas for the evacuees so that they can start a new life in safe and secure circumstances."

Australia evacuated more than 50 female Afghan athletes and their dependents after lobbying by prominent figures from the sporting world while several players from Afghanistan's national female youth soccer squad were granted asylum in Portugal.