CURITIBA (Reuters) - Fluminense won for the first time in four Brazilian league games on Sunday when an own goal gave them a barely deserved 1-0 victory at Athletico Paranaense.

The own goal from Ivaldo lifted the visitors above their rivals - who themselves have now won just once in five matches - into eighth place in the Serie A table.

Athletico had more of the ball and more shots on goal but could not score and they are now two points behind Fluminense in ninth place in the 20-team table.

The winning goal came 11 minutes before halftime when Ivaldo headed a cross from the right into his own net. 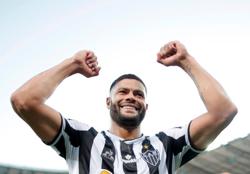