(Reuters) - Tottenham Hotspur manager Nuno Espirito Santo said on Friday he is relaxed over Harry Kane's goal-scoring form and has backed the striker to get back on the scoresheet soon.

Kane is yet to score in the Premier League this season after playing six games but has found the net twice in the Europa Conference League. He has also been on target for England three times in World Cup qualifying.

"It's normal (the reaction to his form). Harry for sure is used to it, but we are relaxed. We know that Harry is much more than goals when it comes to what he does for the team," Nuno told a news conference ahead of the team's league trip to Newcastle United on Sunday.

"He's a fantastic football player, one of the best, and naturally goals will come."

The Portuguese added that he would take a late call on the inclusion of Cristian Romero, Davinson Sanchez and Emerson Royal and Giovani Lo Celso following the quartet's involvement in South American World Cup qualifying on Thursday.

"They are travelling now. They will join us tomorrow and then we will see... the report that we have is that they finished the games well," said Nuno.

"Some of them played 90 minutes, Davinson Sanchez no, but what we are expecting is them to join us and then we will see."

Winger Steven Bergwijn has returned to training after recovering from an ankle injury but Nuno said that he was unsure if the Dutchman could feature against Newcastle.

"He joined us yesterday. He is totally integrated with the group," Nuno added. "Trained well yesterday, trained well today. No pain. So it's about getting back to his highest levels of fitness, but he's in the process of it."

Spurs are eighth in the standings with 12 points from seven games. Newcastle, who are yet to win this season, are second from bottom with three points. 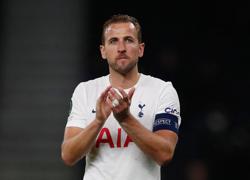