Soccer-I gave everything for Lazio, says Inter's Inzaghi ahead of 'homecoming' 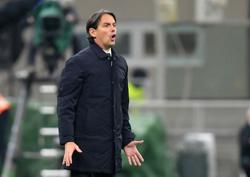 (Reuters) - Inter Milan manager Simone Inzaghi said he was not worried about the reception he would receive when his side travel to play Lazio on Saturday, saying he had given absolutely everything to the club as a former player and manager.

Inzaghi made nearly 200 appearances for Lazio as a player before managing the club for five seasons, leading them back to the Champions League for the first time in over a decade and winning the Coppa Italia in 2019.

"It is a homecoming, a home where I lived for 22 years, it will be a great thrill to see the guys who have always given me everything," Inzaghi told reporters on Friday.

"Seeing the 'Biancocelesti' fans again... we rejoiced and suffered together, reaching great goals.

"Whistles or applause are part of the job, I will accept anything. They know in any case that I have always given everything for them."

Lazio, who are sixth in the standings and six points behind third-placed Inter, are managed by Maurizio Sarri and Inzaghi praised his Italian counterpart.

"They had excellent matches in the derby (a 3-2 win over AS Roma) and in Europe at home, (they have) excellent qualities and a very good coach at organising his teams," Inzaghi added.

"They lost the last game (to Bologna) and therefore will be angry, with a lot of desire to do well."

Sarri said he was looking for a reaction from his team after the 3-0 defeat where goals came from "embarrassing situations".

"I expect a reaction from men, more than from the players... There are three points up for grabs," he added.

"It's not a watershed match at this moment of the season. Lazio have made a choice, it is clearly in a year of transition and construction. The important thing is to lay the foundations.

"The first goal is not to play spectacular football but to find solidity. Then we will think about having fun." 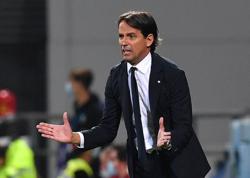 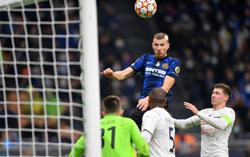