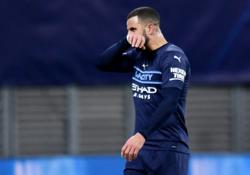 (Reuters) - Manchester City manager Pep Guardiola said he was not aware that Raheem Sterling was open to leaving the Premier League club due to a lack of playing time but added he could not provide assurances to any player over a spot in the starting lineup.

Sterling, who is under contract with City until 2023, said he is willing to look for opportunities abroad, having fallen out of favour with Guardiola this season and starting only two of seven league games.

"I didn't know it. I didn't think the club knew. Raheem is our player, hopefully he will be an incredibly important player for us. I don't know if he wants to play more," Guardiola told a news conference on Friday.

"What I want from Raheem and everyone is they have to be satisfied to be here and delighted to be here. If that's not the case, he has to take the best decision for his family.

"I was a player, I understand completely. I wanted to play. All of them want to play every game but I cannot assure them."

Guardiola added that he cannot favour any one player in his City squad, saying he treats all players equally regardless of whether they are an academy product or an international.

"I have to treat Cole Palmer the same as Kevin De Bruyne," Guardiola continued.

"When it's going well everything is happy. When it's not, the (person) responsible is just me. So I take the decisions (that are) best for the club, not for the players and not for me."

Guardiola said Ferran Torres could be out for two-and-a-half to three months after the forward sustained a foot fracture on international duty with Spain but defender Oleksandr Zinchenko and midfielder Ilkay Gundogan are back in training.

Ederson and Gabriel Jesus will not be in contention for Saturday's game against Burnley, however, after playing for Brazil on Thursday.

City have won each of their last four home games against Burnley 5-0 but Guardiola downplayed his team's record and praised counterpart Sean Dyche, whose side are currently 18th in the league standings.

"Burnley was in this position many times but they always come back because they never give up. The manager plays a certain way, he's a machine doing that," Guardiola said.

"Some teams when they go down go down, they don't they stay and fight... (Dyche) never gives up. The way how he commits to his principles, that's why he stays in the Premier League a long time." 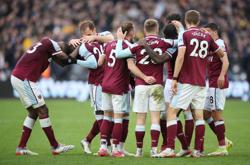