You raised us up: Terengganu’s Jordan Mintah carries Faisal Halim after the win over Kuching City. — Pic courtesy of Terengganu FC

The 23-year-old, who stands at only 1.58m (5’1”), capped his inspirational display by scoring the second goal in the East Coast side’s 2-0 win at the Sultan Mizan Stadium in Gong Badak.

English midfielder Lee Tuck converted a penalty in the 23rd minute to give Terengganu the lead before Faisal’s strike in the 48th.

Faisal is thrilled to have made a dream start in the prestigious competition and looks forward to playing Selangor next at home tomorrow.

“This opening win is the perfect motivation for us as we’ll face Selangor next.

‘Scoring was a bonus, as the most important thing was the three points,” said the Penang-born Faisal.

Faisal is certainly not short on motivation. His exploits with Terengganu in the Super League, where he scored four goals and provided three assists in 22 games, have caught the eye of the national selectors.

And there’s been a definite spring in Faisal’s step after he earned a national call-up for two friendlies against Jordan (Oct 6) and Uzbekistan (Oct 9) in Amman, Jordan. 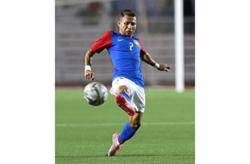 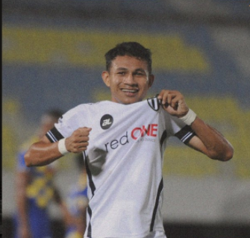