BERLIN (Reuters) - Borussia Dortmund coach Marco Rose is not expecting a warm welcome when he returns to his former club Borussia Moenchengladbach on Saturday in the Bundesliga.

Rose, who coached the Foals for two seasons from 2019 before joining Dortmund in the close season, saw his popularity plummet instantly when he announced back in February that he would be joining the Ruhr valley club after the end of the season.

With Gladbach at that stage on course for a Champions League spot for a second consecutive campaign, the announcement triggered a plummet in form with the team failing to win any of their next seven matches and the fans furious at Rose.

Gladbach then also lost to Rose's future club Dortmund in the German Cup quarter-finals in March and ended up missing out on European football altogether.

Supporters were fuming at both Rose, who a season earlier had led them to Champions League football with a fourth-place finish, as well as the club leadership for sticking with him after he had announced his decision to leave.

Rose, however, said on Thursday that he will focus on keeping Dortmund in touch with the top spots, with leaders Bayern Munich and VfL Wolfsburg a point ahead on 13.

"I am focusing on the essential stuff. I try to shut out all the stories around the game," Rose told a news conference. "But I do look forward to seeing the (Gladbach) players again."

It is the first time Gladbach fans will get to see Rose since his departure, with some 25,000 allowed in the stadium.

The supporters have already said they are preparing for a loud welcome and continuous jeering of their former coach.

"I expect a Gladbach team that has the quality to beat anyone on a good day," Rose said. "I know the lads and they will do everything they can to win this special game at home.

"You often play against former clubs and it is about getting the most for your new club. For us that is the three points."

Dortmund are in fine form, having won their last three league games, while Gladbach are struggling in 16th place with one win from five league games. 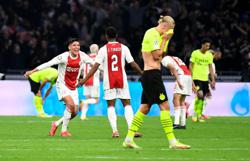 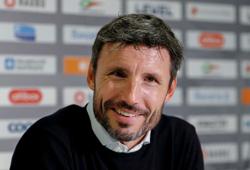