After scoring only one goal in the league, Makan eyeing a handful in Malaysia Cup 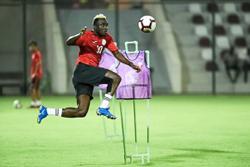 PETALING JAYA: Makan Konate did not have his fill. Now he wants to make amends by scoring as many goals as possible for Terengganu in the Malaysia Cup.

The 29-year-old found the net only once in the Super League competition but was the team’s best provider with six assists to help the club finished fourth with 38 points.

The Malian international believes that he should to able to get on the scoresheet more often when the Malaysia Cup kicks off on Sept 25.

“I’ve made some assists for the team and built good chemistry with the local and foreigners here, but I want to score more,” said the former FC Arema and Persebaya Surabaya player.

“I usually don’t score that many goals because I am always looking to assist my mates, but I want to score more now.”

In the 100th edition of the Malaysia Cup, Konate hope to inspire his boys in Group B, dubbed as the “Group of Death”.

The 2001 champions are together with the most successful sides in the Cup history – 33-time champions Selangor – and Perak, who have won it eight times.

The other team will be the third-placed side from the Premier League.

“I believe Terengganu have what it takes to succeed because the team have great young talents. As a playmaker, it feels amazing to play with these youngsters,” said Konate.

“They push me to give my maximum in every game.”

“We are focused. Just like the Super League, we just have to maintain the harmony and spirit in the team.

“The Cup is different from the league. Firstly, we want to qualify for the knockout stages. It’s not going to be an easy group, but if we are lucky, we can be in front and do something special.”

Three years ago, Terengganu suffered the heartache of losing the Malaysia Cup 1-4 to Perak in the penalty shootout when a thrilling showdown ended 3-3 after extra time at the Shah Alam Stadium. 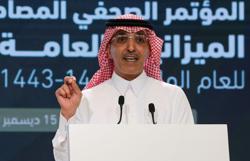