Soccer-Rashford to decide on shoulder operation after Euros 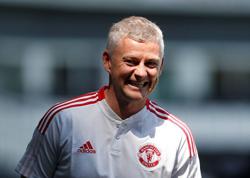 (Reuters) - Marcus Rashford said he will wait until the end of England's European Championship campaign to decide whether he needs an operation to repair a shoulder problem.

Rashford, who has yet to start a game at the tournament, picked up the injury in November while playing for Manchester United.

"I'm not 100% sure if I need it yet, so I'll just take it as it comes," Rashford told British media on Thursday. "I'll finish strong here and I've got a few weeks off to just relax and decide what I'm going to do."

Rashford said he did not know how long he would be out if he underwent surgery.

The 23-year-old struggled for fitness and form at the end of last season for United, scoring once in their final 10 games and conceded he has not been at his best at the Euros.

"Whatever that is down to, it doesn't really matter because it has been going on since early on in the season," Rashford said. "I managed to get through the season with United.

"I think I had 36 goal involvements so I can't look back at the year and say 'mmm, I should have taken time off to do this and do that'. That's just not the way I look at things. I just want to be available for every game."

England, winners of Group D, are set to play Germany in the round of 16 on June 29 at Wembley. 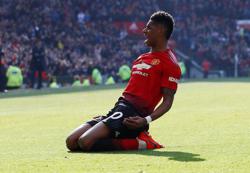