Switzerland advance to last 16 without kicking a ball

ROME: Switzerland advanced to the last 16 of the European Championship on Monday without kicking a ball, as the results from matches in other groups worked to their benefit.

They will next play either Group B winners Belgium, or the winners of Groups E or F.

The Swiss squad missed the unfolding drama, however, as their plane suffered a technical fault and delayed their trip back to their base in Italy by some three hours.

Switzerland’s progress comes a day after they beat Turkey 3-1 in Baku in their last Group A match but finished third behind Italy, who won all three of their games, and Wales on four points, who pipped the Swiss - also on four points - on goal difference.

In order to secure a knockout round berth, the Swiss needed to be one of the four best third-placed finishers at the end of the group phase, but their fate was unclear after their victory on Sunday.

Monday’s conclusion to Groups B and C, however, saw the teams finishing third in both groups complete their programme with only three points - thereby guaranteeing that the Swiss remain in the tournament.

In Group B, Finland finished third with three points while in Group C Ukraine did the same. Both sides lost in their respective games on Monday, and now it is they who must wait to see whether they continue at Euro 2020.

The Swiss had planned to keep a close eye on Monday’s games but a technical fault delayed their departure from Baku, the Swiss football federation said on Monday. They only arrived back at their Rome base after the games had ended.

Monday’s results also meant that England, France, Sweden and the Czech Republic are guaranteed to go through to the knockout stages regardless of the results in their final group games. — Reuters 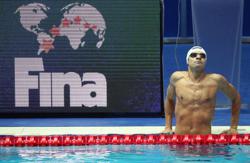 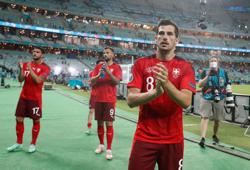