SEVILLE: With their rich footballing pedigree, Spain never expected to need a win from their final Group E game against Slovakia to reach the next stage of Euro 2020 – but they are forced to treat today’s match as a knockout game itself.

Spain were booed off the pitch by their own fans after Saturday’s 1-1 draw with Poland in Seville, which followed an opening goalless stalemate with Sweden to equal their worst ever start to a European Championship since 1996.

The three-time European champions are third in a wide open Group E where any of leaders Sweden, second-placed Slovakia or fourth-placed Poland can go through to the knockouts.

Slovakia, playing only their second Euros as an independent nation, lost 1-0 to Sweden in their last game and also need a win to guarantee progress though a point may suffice.

They will look to exploit Spanish nerves.

“The Spanish have a knife to their necks right now so they have to win by any means possible and they’re going to be feeling a lot of pressure,” said defender.

Spain’s Cesar Azpilicueta said his recent Champions League win as captain of Chelsea, after a stuttering start to the season, was proof that fortunes can turn around.

“You don’t win anything by making a good start, the important thing is how you finish,” he said.

“I lived that this season with Chelsea and the lesson I took from it was you can’t give up when everyone presumes you’re dead.”

Defender Azpilicueta has not played so far but there is clamour in Spanish media for him to return to provide leadership and allow Marcos Llorente, who has been playing at rightback, to resume his usual attacking role.

Captain and midfielder Sergio Busquets was sorely missed in Spain’s first two games due to testing positive for Covid-19, but is set to return against Slovakia.

“We can’t wait for the game to arrive, we would love to have six points but going through is still in our hands and we depend on ourselves, which is the crucial thing. And we’re playing at home,” Azpilicueta added.

“It’s a do or die situation. Many of us have been in situations like this before and gone on to win things.

“Everyone knows how to react. I’m convinced that if we stick together, including the fans, we’re going to do it.” — Reuters 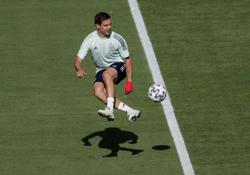 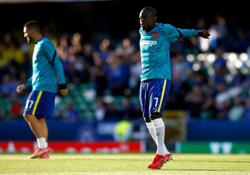