BAKU: Turkey coach Senol Gunes blamed a number of factors for the “unacceptable performance” of his team at Euro 2020 but he is not planning to resign amid growing pressure back home.

Turkey, who finished bottom of Group A after losing all three games, were tipped as dark horses to do well in the tournament, but will head home after a dismal effort.

The game against Switzerland on Sunday encapsulated Turkey’s tournament, as they began full of fire at a scintillating pace, only to collapse quickly as Switzerland outmanoeuvred them tactically to take an early lead before completing a 3-1 win.

“This young team will mark the next 10 years of Turkish football but we are well aware that such a performance at this tournaments is unacceptable,” Gunes said.

“I am responsible for this,” Gunes added, blaming the media response, his players’ lack of experience, individual mistakes and bad luck for the team’s worst-ever performance at a European Championship.

The 69-year-old coach, who led Turkey to a stunning third-place finish at the 2002 World Cup, has been back at the helm since 2019.

“Players and individual mistakes are also responsible. Before the tournament, we were expected to play the final, and now we are being criticised so harshly.

“It was a big test for us but sometimes these failures can add more experience than success,” Gunes added.

“When the expectations are high, the disappointment is bigger. We will be attending other tournaments in the future and show what we are made of,” he said. — Reuters 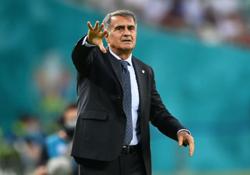