PETALING JAYA: Malaysia are keeping it “Cools” over their 26th player for the World Cup 2022-Asian Cup 2023 second round qualifiers in Dubai.

The Football Association of Malaysia (FAM) president Datuk Hamidin Mohd Amin added excitement yesterday when he posted a video on their social media platforms stating that the player will arrive in Dubai soon.

“Now it is 8am in Dubai. Wait for the arrival of the 26th player for Harimau Malaya, ” he said in the video.

The player in question is likely to be rightback Dion Cools (pic) who plies his trade with Midtjylland in the Belgian league.

The 24-year-old, who was born in Kuching, had played in the UEFA Champions League and faced several top European sides like Liverpool, Manchester United and Ajax Amsterdam when he was with Club Brugge.

The current rightbacks in the squad are Matthew Davies, Syahmi Safari and Rizal Ghazali.

National coach Tan Cheng Hoe however refused to be a party to the guessing game and prefers to focus on the team’s preparations against United Arab Emirates on Thursday.

Ahead of the crucial match, both teams played two friendlies. The Harimau Malaya lost both, against Kuwait (1-4) and Bahrain (0-2) while their opponents thumped India (6-0) and Jordan (5-1).

“Looking at their form, we have to be careful. But that does not mean we have to defend 90 minutes. We need to attack and get a positive result, ” said Cheng Hoe.

“So we have to be careful with our attacking and defending transition.

“They have been excellent in attack, especially Ali Mabkhout, who is in great form. And their naturalised players have them stronger.”

Ali is coming off a successful Arab Gulf League season where he scored 25 goals for Al-Jazira and against Jordan, he scored a hattrick.

After UAE, Harimau Malaya next play Vietnam (June 11) and Thailand (June 15) to wrap up their Group G fixtures. 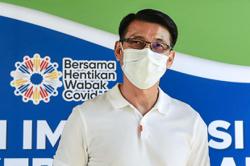 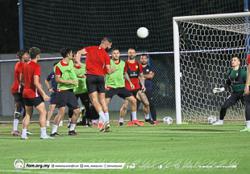