LONDON (Reuters) - Tottenham Hotspur should have scored more than they did to beat Wolverhampton Wanderers 2-0 on Sunday, interim boss Ryan Mason said as his attacking side racked up 24 shots in contrast to their cautious set-up under previous coach Jose Mourinho.

Harry Kane and Pierre-Emile Hojbjerg scored either side of halftime to secure the win but the hosts also had two shots cleared off the goal-line and hit the woodwork three times.

Their 24 shots in total and 13 on target both exceeded any amount they had in a Premier League match under Mourinho, who was sacked last month.

"We needed to see a win first and foremost but then also with that, how you win is important," their former player Mason, 29, told a news conference.

"It's important to get a certain feeling. I thought we were outstanding today. We could have and probably should have scored more. We attacked the game, dominated it and controlled it.

"We also defended well when we needed to so it was a very pleasing performance."

Kane is now the league's leading scorer on 22, although that could have been more as he hit the post twice and saw his header cleared off the goal-line by Conor Coady.

"I am pleased he got a goal. I am sure he wished he got more," Mason added.

"...Today collectively I thought it was excellent and there were some individual moments as well which more often than not when Harry Kane plays a game of football he produces moments and he did."

Spurs are sixth in the standings, which should be enough to qualify for the Europa League next season, although they are level on 59 points with seventh-placed West Ham United.

Their next step in trying to secure a 12th straight season in Europe comes on Wednesday when they will host Aston Villa in front of 10,000 fans for the first time in this campaign.

"Our attention has to be on Wednesday, it's another big game for the club, we know that. We knew today was a big game. Three wins in four in the Premier League so it is nice to get a good feeling going into a crucial seven days now," Mason said. 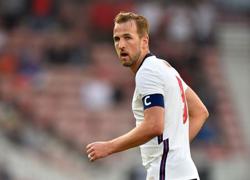 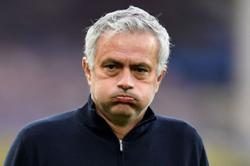