(Reuters) - Chelsea forward Fran Kirby was on Friday named the Football Writers' Association's Women's Footballer of the Year, making her the first player to win the award twice.

The 27-year-old Kirby, who was the inaugural winner of the honour in 2018, scored 25 goals and provided 18 assists in all competitions to help Chelsea win the FA Women's Super League title and reach the Champions League final.

Chelsea revealed last year that the England international had been out of action since November 2019 because she had been diagnosed with a heart condition called pericarditis.

She returned after six months on the sidelines.

Kirby's personality and attitude had unified fans and media professionals, said Jen O'Neill, the chair of the FWA's women's sub-committee.

"To have overcome a serious health condition and return in such sparkling form is admirable and inspiring," O'Neill said in a statement http://footballwriters.co.uk/editorial/fran-kirby-is-womens-footballer-of-the-year.

"Several players, including many of her Chelsea team mates, have been outstanding in a superb WSL season but there are fewer more joyful sights in football than a smiling, fit and firing Kirby."

The winner is chosen by a panel of more than 30 experts who specialise in the women's game.

Kirby can help Chelsea add to their trophy haul, which also includes the League Cup, when the club face Barcelona in Sunday's Champions League final in Gothenburg, Sweden. 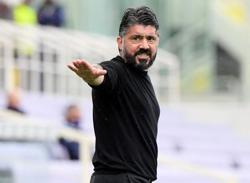