(Reuters) - Southampton full back Ryan Bertrand will leave the club when his contract expires at the end of the season, drawing the curtains on a seven-year stint at St Mary's Stadium, the Premier League club said on Wednesday.

Bertrand, 31, initially arrived at Southampton on a season-long loan deal from Chelsea in 2014, before making his move permanent in 2015.

The left back quickly established himself as an influential member of the first-team squad and has made 240 club appearances, scoring eight times.

"Whilst that time will always be fondly remembered, the club and Ryan have agreed that now is the time to respectfully part ways and move forward on different paths," the club said in a statement.

British media reported Arsenal, AC Milan and AS Monaco are competing to sign Bertrand, who becomes a free agent at the end of the season. 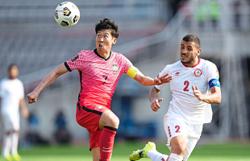