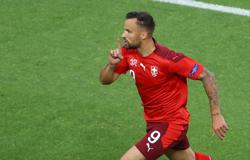 On the double: Amri Yahya celebrating with teammates after scoring the first of his two goals against Melaka. — Bernama

The 40-year-old Amri found himself on the scoresheet for the third successive match, this time striking once in each half to inspire the Rhinos to a convincing 3-1 lead over Melaka at the Likas Stadium on Wednesday.

The former Selangor and national ace netted his first by heading home a corner kick just six minutes into the first half, but his best came in the 47th minute when he beat Melaka goalkeeper Norazlan Razali with a sensational bicycle kick to give the home side a three-goal cushion.

Midfielder Azzizan Nordin had earlier doubled the lead in the 17th minute while the visitors pulled one back through Fakhrullah Rosli in the 65th minute.

The night clearly belonged to Amri, who continued to roll back the years with four goals in three matches.

Amri also contributed a goal in the 2-2 draw against Selangor and in last week’s come-from-behind 2-1 win over Perak.

Sabah now moved up to seventh, an improvement of three rungs from where they were four weeks ago.

Kurniawan could not hide his delight over Amri’s sparkling performance, hailing the latter as a ‘game changer’.

“Amri is a very experienced player. Although already 40, he knows exactly how to use his energy efficiently, ” said the Indonesian.

“I wouldn’t say the team are over-relying on him, but he’s definitely one player who can change the game for us.

“Before the game, I told him that all he need to give us is his 100%. I know even if it’s just for 20 to 30 minutes, he could produce something special.

“At his age, we can’t expect him to play the full 90 minutes. We will replace him to keep him fresh for the next game.”

Now that they have steered clear of the relegation zone, Kurniawan wants his charges to keep the momentum going ahead of their tough home game against third-placed Kedah tomorrow.

“We need to stay focused and work even harder, ” said Kurniawan.

“The recent run has given the team a confidence boost for sure, but I don’t want the team to be overconfident.

“Against Melaka, we seemed to slow down our tempo and allowed the opponents to fight back.” 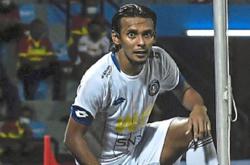 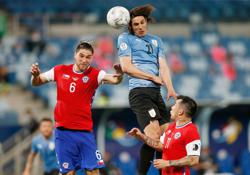