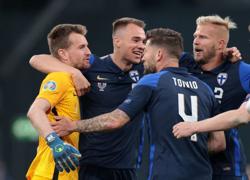 (Reuters) - The South American Football Confederation (CONMEBOL) has moved two more of this week's scheduled games out of Colombia due to a wave of civil unrest in the country.

CONMEBOL said the Copa Libertadores game between Junior of Barranquilla and Brazilian side Fluminense, and the Copa Sudamericana tie between Tolima and Ecuadorian club Emelec will be played at venues outside Colombia.

The decision comes a day after it moved two ties to Paraguay because of the unrest.

Nationwide anti-government protests have led to more than 20 deaths in Colombia over the last week. 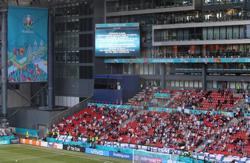 Soccer-English FA implore fans not to boo players who 'take a knee'
Soccer-Denmark's Eriksen had cardiac massage on pitch, was able to speak before going to hospital -team doctor
Soccer-Lukaku eases Belgium past Russia to kick off Euro 2020 campaign
Analysis-Soccer-Denmark can hold heads high despite Finland defeat
Factbox-Soccer-Players who have collapsed on the pitch
Soccer-Denmark game overshadowed by Eriksen collapse as Finns win 1-0
Soccer-Ukraine approach Euro opener versus Dutch with respect, says manager
Soccer-Denmark's Eriksen rushed to hospital after collapsing in Euro 2020 match
Denmark's Christian Eriksen collapses on pitch in Euro 2020 fixture, game suspended in first half
Soccer-Reaching every final a tall order for Croatia, says Modric