Napoli, with 67 points, dropped to fifth in the standings, two points behind Atalanta, Juventus and AC Milan and three ahead of sixth-placed Lazio, who have a game in hand.

Victor Osimhen latched onto a dinked Lorenzo Insigne pass and guided home a finish after 13 minutes to put the home side in front.

Both sides were denied by the woodwork as Cagliari wing back Gabriele Zappa struck the post and Diego Demme drilled a shot off the bar, but the Sardinians equalised deep in stoppage time when Nandez slid in a finish at the back post.

The draw saw Cagliari rise to 16th place in the table on 32 points, one ahead of Torino, although the Turin club have two games in hand.

Earlier, Joaquin Correa scored his second brace in two games to help Lazio to a thrilling 4-3 win over 13th-placed Genoa and set a new club record of 11 consecutive home wins in Serie A.

The capital club were 4-1 up with 10 minutes to go when a Gianluca Scamacca penalty and an Eldor Shomurodov strike in the space of one minute unexpectedly revived the visitors' hopes, but the hosts held on.

AS Roma's winless run stretched to six games in all competitions as they fell to a 2-0 defeat by Sampdoria thanks to goals from Adrien Silva and Jakub Jankto either side of halftime.

It was a third consecutive defeat for the capital club, who were thrashed 6-2 by Manchester United in the first leg of their Europa League semi-final on Thursday.

Paulo Fonseca's side had three goals disallowed for offside and striker Edin Dzeko saw his penalty saved, and the defeat leaves Roma seventh with 55 points, 10 ahead of Sampdoria in ninth but only two above Sassuolo.

Veteran Bologna striker Rodrigo Palacio scored a hat-trick as his side came from behind three times to earn a 3-3 draw at home to Fiorentina.

Dusan Vlahovic netted a goal either side of a Giacomo Bonaventura strike for the visitors, who remain 14th on 35 points, four behind 12th-placed Bologna. 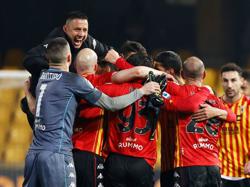 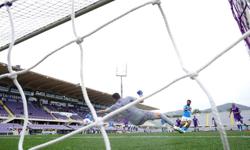