PETALING JAYA: Super League leaders Johor Darul Ta’zim (JDT) unbeaten run came to an end after they were defeated by Terengganu 0-1 at the Sultan Ibrahim Stadium in Iskandar Puteri on Saturday (April 24).

The Turtles broke the deadlock in the 56th minute when young winger Hakimi Abdullah capitalised on a defensive mixup between JDT’s Natxo Insa and Adam Nor Azlin.

The Southern Tigers tried to mount a fightback and were relentless in the last ten minutes of the game, but Terengganu’s defence was resolute as they inflicted JDT’s first defeat in the new stadium.

Prior to this game, JDT were also unbeaten in 21 games.

JDT remain top of the league with 23 points, but Terengganu are just two points behind them in second place. 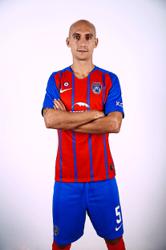