BERLIN (Reuters) - Eintracht Frankfurt coach Adi Huetter will take over Borussia Moenchengladbach next season on a three-year contract following the departure of Marco Rose, the clubs said on Tuesday.

The Austrian has enjoyed a successful spell at Frankfurt since taking over in 2018, with a Europa League semi-final spot the following year and the club now on the brink of securing their first ever Champions League participation.

"It was not an easy decision to start a new chapter," said Huetter, who had a contract to 2023 with Eintracht.

"I had three amazingly successful and intense years, which we want to crown with the team this season with an extraordinary achievement."

Eintracht are in fourth place on 53 points, seven ahead of Borussia Dortmund in fifth, with six games remaining and the top four teams qualifying for the Champions League.

"We have a historic chance. All that matters now is the success for Eintracht. We want to defend our lead and qualify for the Champions League," Huetter added.

While Eintracht look set to qualify for Europe's premier club competition, his next club could miss out on European football altogether.

Gladbach's current coach Marco Rose will be joining Borussia Dortmund in the summer but his current team have suffered a bad run since his announcement in February to leave at the end of the campaign.

Gladbach played in the Champions League this season but they are currently outside any European spots in eighth place on 40 points.

"For our team and club Adi Huetter is the coach to take on the challenges and goals we have from the summer onward," Gladbach sports director Max Eberl said. 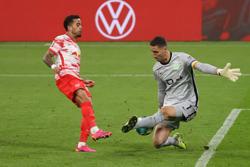 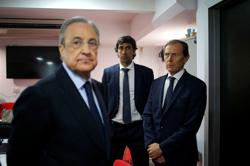