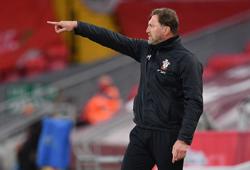 (Reuters) - Southampton forward Danny Ings could face a few weeks out after sustaining a muscle injury in their 2-0 Premier League win at Sheffield United, manager Ralph Hasenhuettl said on Saturday.

Ings went to ground early in the contest at Bramall Lane and was replaced by Che Adams in the 13th minute, as Hasenhuettl was left frustrated by another injury to his influential striker.

"I think it was again a muscle problem, but it doesn't look good to be honest," Hasenhuettl told reporters.

"I don't know when we will have him. Muscle injuries we are normally waiting for a minimum of four weeks I think, so we will have a look."

Southampton has struggled with injuries this season with the likes of on-loan Liverpool forward Takumi Minamino, Kyle Walker-Peters, Theo Walcott and Ibrahima Diallo all suffering setbacks in recent weeks.

Midfielder Oriol Romeu has been ruled out for the remainder of the season with an ankle injury which will need surgery.

"It's a little bit fitting to the history we've had in these past weeks. It's horrible this season, we have so many problems and as soon as players are coming back others are injured again," Hasenhuettl said.

"We lost Ori and now we lose Ings again and these are all very important players for us, but even more important is that a player like Nathan Tella did a good job today. He was very strong and that gives me hope for the future."

Southampton are 14th with 33 points from 27 games and visit Manchester City on Wednesday. 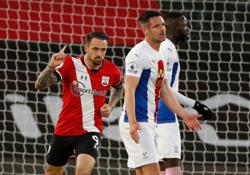 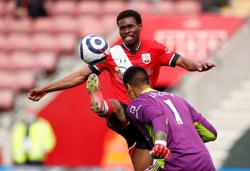