LONDON (Reuters) - Manchester United manager Ole Gunnar Solskjaer conceded his side were much more likely to face a scrap for a top-four Premier League finish than challenge Manchester City for the title after a frustrating 0-0 draw at Crystal Palace on Wednesday.

United lacked spark on a foggy evening at Selhurst Park and having missed several chances in the first half, they were on the back foot after the break and were fortunate to come away with a point.

Solskjaer criticised his team after a lacklustre performance left second-placed United 14 points behind runaway leaders City ahead of the Manchester derby on Sunday.

"It's not good as you know if you want to move up the table, you need to win," the Norwegian told the BBC.

"We go into every game thinking we need to win and we want to win. We just have to concentrate on ourselves. We know we're in a fight to be in the top four so every game is important."

It was a third successive 0-0 draw for United in all competitions, following a goalless stalemate at Chelsea on Sunday and against Real Sociedad in the Europa League last Thursday.

Keeping a third clean sheet in a row did not impress Solskjaer, who stressed his side lacked bite up front to turn draws into wins.

"Of course, it's a concern," he said. "When you have three clean sheets in a row, that will help you win games but we haven't produced the quality. We just have to find a spark again and try to win games.

"A couple of times when we had the tempo in the right positions, we created decent opportunities but I don't think we deserved anything more than one point." 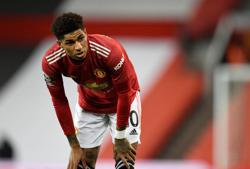