NORWICH, England (Reuters) - Norwich City took a huge step towards securing an immediate return to the Premier League when they beat their closest rivals Brentford 1-0 on Wednesday to open a 10-point lead at the top of the Championship with 12 games to go.

Argentine midfielder Emi Buendia got the only goal midway through the first half of a cagey contest where a below-par Brentford barely mustered a shot.

After their sixth successive win, Norwich have 73 points, 10 clear of Brentford and Watford, who beat Wycombe 2-0 with two goals by Andre Gray. Swansea, who have two games in hand, are a point behind on 62 after an Andre Ayew penalty in the sixth minute of stoppage time secured a 2-1 victory at Stoke.

"We knew how big a game it was going to be - the two teams are at the top of the league for a reason," Norwich's man of the match midfielder Kenny McLean told Sky Sports.

"It was always going to be tough but we dug in at the end there and got the job done and I thought we defended excellently. We're harder to beat now, harder to play against.

"It's a massive step, we knew the position we could put ourselves in but there are still 12 games to go so we'll see what happens."

Brentford missed a glorious chance after 10 minutes when an off-balance Sergi Canos mis-hit his shot with the goal gaping and the surprise of the night is that the division’s leading scorers by a distance never got as close again.

Canos was the villain again after 26 minutes, giving the ball away with a casual pass in midfield which allowed Buendia to gallop free, cut in from the right through some soft defending to drill in a low shot.

Norwich striker Teemu Pukki had good efforts saved by David Raya either side of halftime and though Brentford managed a minor late rally, Henrik Dalsgaard missed their best opportunity when he headed wide to sum up the London team’s frustrating night.

Last season Brentford looked odds-on to gain automatic promotion but stumbled horribly over the last few games before eventually losing in the playoff final to Fulham.

This season they went on a 21-game unbeaten run to go top of the table until coming off the rails with three successive defeats last month and though they bounced back well from that, Wednesday’s defeat will leave fans fearing that they might blow it again as they seek to return to the top flight for the first time since 1947. 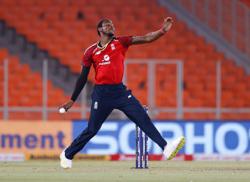