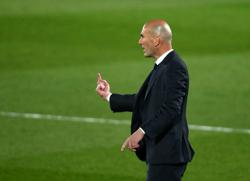 (Reuters) - Former Manchester United and Liverpool forward Phil Chisnall, the last player to be transferred directly between the bitter English rivals, has died aged 78, both teams said on Thursday.

Former Liverpool manager Bill Shankly had hailed the forward on his arrival at the club, saying: "Phil can do unusual things with the ball, he might be something special."

Chisnall made his Liverpool debut in the Charity Shield four months after joining the Anfield side and opened his account in a European Cup victory at KR Reykjavik.

However, his time at the club was short-lived as he scored only two goals in nine appearances. His final game was the first leg of the 1965-66 Cup Winners' Cup semi-final against Celtic.

Chsinall then joined Southend United before ending his playing career at Stockport County.