(Reuters) - Bournemouth and Watford have been charged by the Football Association (FA) after their Championship match on Saturday descended into chaos as a brawl broke out in the closing stages.

Both sets of players clashed in the 96th minute after Watford forward Joao Pedro was dismissed for a second yellow card following a late tackle on Bournemouth midfielder Jefferson Lerma.

Bournemouth's Jack Wilshere was also sent off at the Vitality Stadium following an altercation with Watford skipper Tom Cleverley during the melee.

"Both clubs allegedly failed to ensure that their players and/or club officials conducted themselves in an orderly fashion during the 96th minute of the fixture and they have until Friday, March 5 to provide their responses," the FA said in a statement. 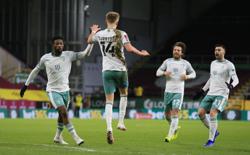 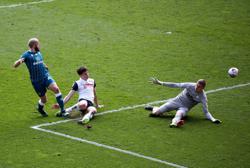