Red Eagles to iron out kinks before opening match ALOR SETAR: Kedah will use their three remaining friendly matches ahead of the 2021 Super League season to rectify their shortcomings, especially the lack of understanding among the new and old players.

Coach Aidil Sharin said the team’s first two pre-season friendly matches showed that the players had not reached 100% understanding on the pitch.

Kedah will open their campaign against Johor Darul Ta’zim (JDT) in the Charity Shield match on March 5 to kick off the season.

“We just resumed training after a long break due to the movement control order.

“Despite just four or five days of training, there have been some positive developments but there is still room for improvement.

“Teamwork especially can be improved before we take on JDT, ” said Aidil.

Meanwhile, winger Mohd Syazwan Zainon said it was not easy to get back the rhythm and understanding among players as they were only allowed to resume centralised training on Feb 15.

“However, there is still time to improve, both in terms of game play and tactics, ” he said.

Kedah will play friendlies against Selangor, the National Sports Council Project Squad and Sarawak United on Feb 24,26 and 27 respectively. — Bernama 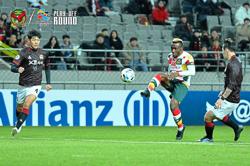