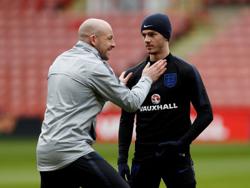 Strong competition: Azalinullah Alias (right) is one of the midfielders for Terengganu this season.

PETALING JAYA: Terengganu have continued to churn out new talents in midfield over the years.

They have unearthed the likes of Ismail Faruqi, Ahmad Nordin Alias, Zairo Anuar Zalani, and Nor Farhan Mohamad and now, under the tutelage of coach Nafuzi Zain, the Turtles are looking to uncover more gems from their local talents.

They have brought up several players from the President Cup and Terengganu II in the last two seasons and one of them, Azalinullah Alias, is a standout.

Azalinullah is known as a ‘Duracell Bunny’ because of his dynamic performance in the middle and is a fan favourite in Kuala Terengganu.

The 24-year-old is one of many midfielders for Terengganu this season but he is hoping to be prominent.

“There will be a strong competition for sure but it will keep me on my toes. I’ll give 100% if I get a chance to play, ” said Azalinullah, who also played for T-Team and Petaling Jaya Rangers in the past.

“All the players have their own specialties and are not here to make up the numbers. They will want to use their reputation to stamp a spot in the first 11 too.

“I was with the President Cup squad from 2014 to 2016, and then got my first professional break with T-Team in 2017 before making it to Terengganu II.

“I’ve made it this far because of my hard work, and I will show that this season.”

While grateful to his seniors, new imports and coaches who had guided him throughout his career, Azalinullah said it was his duty now to hit peak form.

“In March, I will turn 25. Coach Nafuzi and the other players will always be there to guide me, but I need to find the drive, passion and determination to push myself too.

“Last season, I had some starts and appearances off the bench. This season, I aim for regular starts and I also want to help Terengganu win at least one trophy, either the Super League or Malaysia Cup.

“By featuring regularly too, I’ll have a better chance to be considered for Harimau Malaya.” 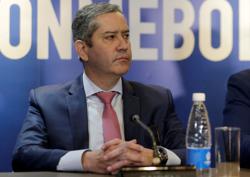