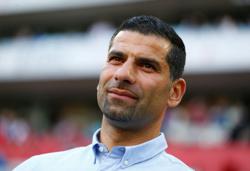 (Reuters) - Dutch striker Klaas-Jan Huntelaar rejoined Schalke 04 from Ajax Amsterdam on a short-term deal on Tuesday, with the 37-year-old tasked with adding firepower to the Bundesliga club to help in their relegation fight.

Huntelaar returns to Schalke having played for the German club from 2010-17. The former Netherlands international scored more than 100 goals for the Bundesliga side and also won the German Cup in 2011.

He joins a relegation-threatened Schalke side who are rooted to the bottom of the standings with seven points after 16 games.

"We need to win games and score goals to climb up the table. I want to play my part in the club staying up," Huntelaar, who has signed a contract until the end of the season, said in a statement https://schalke04.de/en/team/klaas-jan-huntelaar-returns-to-fc-schalke-04.

"Schalke belongs in the Bundesliga and it's our responsibility to make sure that we stay here."

Huntelaar, who won the league title with Ajax in 2019, is Schalke's second signing of the winter transfer window following the arrival of defender Sead Kolasinac on loan from Premier League club Arsenal. 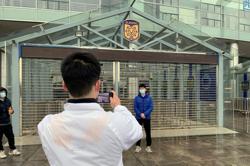 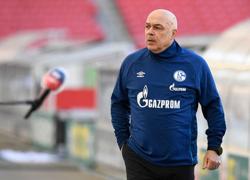