(Reuters) - Former West Ham United midfielder and free agent Jack Wilshere has returned to Bournemouth, signing a contract until the end of the season, the second-tier Championship club said on Monday.

Wilshere made 27 appearances for Bournemouth when he was loaned to the south coast club from Arsenal in the 2016-17 season.

The 29-year-old began training with Bournemouth last month to maintain his fitness levels after his contract at West Ham was terminated during the close season after two years with the London side.

"It feels great to be back and I can't wait to get started," Wilshere said in a club statement https://www.afcb.co.uk/news/club-news/wilshere-joins-the-cherries. "From the minute I walked through the door three weeks ago, it felt natural and like I had never been away.

"I know a lot of the players and staff here and I'm pleased they allowed me to train initially, and then it just went from there."

Wilshere joined West Ham from Arsenal on a three-year deal in 2018, hoping to resurrect his injury-plagued career, but made only 19 appearances in all competitions as groin and ankle injuries limited his game time.

The former England international, who last played for his country in the 2016 European Championship, made 197 appearances for Arsenal and won the FA Cup twice.

Bournemouth are third in the Championship table on 42 points, eight points behind leaders Norwich City, after 24 games.

(Reporting by Manasi Pathak in Bengaluru; Editing by David Goodman) 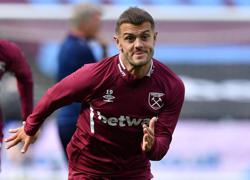