Shrewsbury Town manager Cotterill in ICU due to COVID-19 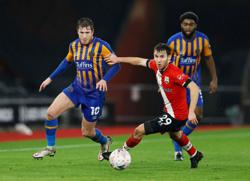 (Reuters) - Shrewsbury Town manager Steve Cotterill is in intensive care unit being treated for COVID-19 and will miss Tuesday's FA Cup third round tie at Southampton, the League One (third-tier) club said on Monday.

Assistant manager Aaron Wilbraham, who will take charge for the match, said Cotterill, 56, was shifted to an ICU unit at the weekend after testing positive for the novel coronavirus on Friday.

"The gaffer has been really poorly over the last two weeks and was in the Intensive Care Unit over the weekend," Wilbraham told the club website https://www.shrewsburytown.com/news/2021/january/aaron-wilbraham-previews-towns-clash-with-southampton.

"He's had a bad case of COVID and it was quite worrying at some points. We're all wishing him well and he is getting better.

"He's starting to crack a couple of jokes and has told me to tell the lads that he'll be watching from his hospital bed. I know he's improving and that is a massive relief to everyone."

Wilbraham said the club shut down their training facilities to curb the spread of the virus and everyone returned negative results in re-testing.

Shrewsbury were initially scheduled to play Premier League club Southampton on Jan. 9 but the game was called off due to several COVID-19 cases in their camp.

The winners will host Arsenal in the fourth round on Saturday. 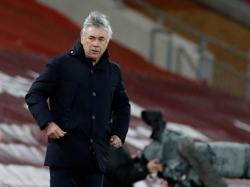 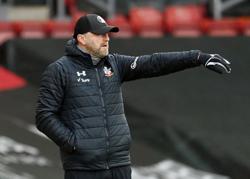