Soccer-Transfers unlikely at Barcelona due to election delay, says Koeman 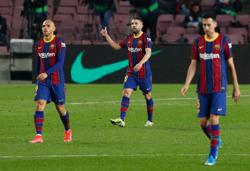 MADRID (Reuters) - Barcelona are unlikely to make any changes to their squad during the January transfer window due to the club's presidential election being postponed, coach Ronald Koeman said on Saturday.

The election has been rescheduled from Jan. 24 to March 7 due to a spike in coronavirus cases in the region of Catalonia,, meaning there will be no permanent board in place to sanction any moves during this transfer window.

"I should point out that I'm fine, and happy. I know what the club's financial limitations are. If it's not possible to make any signings, so be it. We'll move forward with what we have."

Manchester City's Eric Garcia had been heavily linked with a move to the Nou Camp, while Koeman also admitted substitute goalkeeper Neto wants to leave.

"Youngsters will go and get minutes elsewhere in order to improve, but Neto's case is different.

"His agent asked the club if he could leave but we've said no. He's an important goalkeeper for us and we want to have all positions adequately covered."

Former president Joan Laporta, entrepreneur Victor Font and former director Toni Freixa are the final three candidates for the election, which is being held to choose a successor after Josep Maria Bartomeu resigned last October. 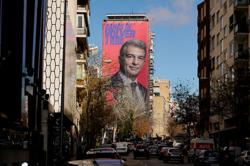