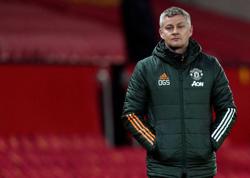 Cavani is the subject of an FA investigation into an Instagram comment he made in response to a message of congratulations he received for his two-goal match-winning performance in Sunday's 3-2 Premier League victory at Southampton.

The Uruguayan said he was thanking a friend for the comment when he wrote in Spanish "Gracias negrito". He later deleted the comment and apologised. United said there was "no malicious intent" behind the post.

After his outstanding display at Southampton, Cavani is likely to lead the line for United against the French champions for whom he scored 200 goals to become their all-time top scorer before leaving in June.

"He is ready to play and of course it’s special for him to play against PSG, his old club where he is the top scorer, so that will affect him mentally," Solskjaer told reporters on Tuesday.

"But from knowing him, that will give him energy. He is so professional. And he will work on his mindset today to get ready for the game," he said.

As to whether Cavani would be impacted by the fall-out from his social media post, Solskjaer said: "He has learned a lesson. It might affect him, but he will have to put that to one side when the game is on. The best players can put those things aside."

Solskjaer said he was sure the incident was the result of a misunderstanding.

"He’s been asked by the FA to explain and we will support him. It’s one of those unfortunate situations where he’s just come into the country and in Uruguay it’s been used in a different way," he said.

The Norwegian backed former United defender Gary Neville's suggestion that players coming to England from abroad should be given education on issues around "diversity and inclusion".

“We support him, but we also support the FA. We want to be in the fight against discrimination. I saw Gary (Neville) said something that maybe all the players coming in from other countries should be educated and I’m sure Edinson has learned the hard way," he added. 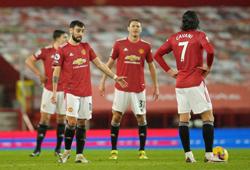 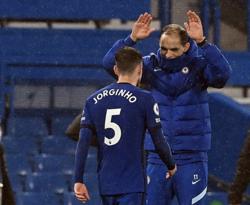