(Reuters) - Derby County have parted ways with manager Phillip Cocu after a disappointing start to the season, the Championship (second-tier) club said on Saturday.

But Derby have won just once in 11 Championship games this season and sit bottom of the table with six points.

The club did not name an interim manager but captain Wayne Rooney said he would be part of the coaching staff for next weekend's game at high-flying Bristol City.

"The most important thing now is to stabilise the club and start moving up the table. I've been asked to be part of the coaching staff for next Saturday's match. The coaches and I will speak with the players on Monday," Rooney told British media.

"The club would like to place on record its appreciation for the way Phillip and his staff conducted themselves in what were some extremely challenging situations during his tenure," Derby said in a statement.

"Phillip and his staff helped develop and establish a considerable number of Academy players in to the first team and Phillip made significant financial contributions and personal efforts towards the club's community projects."

"Although this season has not gone as we all would have liked so far on the pitch, I believe passionately in the project that we started to build and I have no doubt that the future is bright for the club," he wrote on Instagram.

Former England striker Rooney, 35, has been player-coach at Derby since arriving in January. He will be supported by Shay Given, Liam Rosenior and Justin Walker until a permanent manager is appointed at the Midlands outfit.

"I am sorry that Phillip and his staff have left the club and want to thank him personally for all his help and encouragement as part of his coaching staff," Rooney said.

(Reporting by Arvind Sriram in Bengaluru; editing by Ken Ferris) 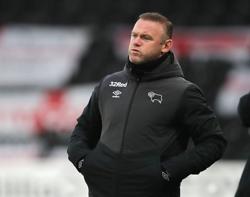