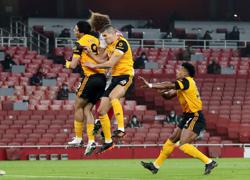 (Reuters) - Soccer's rule-making body IFAB has recommended trialling the use of additional permanent substitutions in cases of suspected concussion, it said on Wednesday.

However, IFAB did not make any mention of temporary substitutions which the global players' union FIFPRO had argued would be more appropriate to dealing with concussion cases.

IFAB said in a statement that its concussion working-group had recommended starting trials from January 2021 in "any competition that is interested in taking part."

It added that "a clear and uniform approach is needed, which can operate effectively at all levels of the game.

"The group agreed that applying an “if in doubt, take them out” philosophy would be the best solution to safeguard the health of football players," it said.

At present, referees must stop the match in cases of suspected concussion to allow the examination of the injured player who can only return to the game with permission from the team doctor.

However, FIFPRO says this does not go far enough. It wants players to be looked at by a neutral doctor and temporary substitutions to be allowed for up to 10 minutes while the examination takes place.

FIFPRO is concerned that, if only permanent substitutions are allowed and a player has to be removed immediately with no chance of returning, then sporting interests could influence the decision, especially if it involves a key player.

In July, FIFPRO urged for the introduction of "different pilot protocols across national or international competitions to gather evidence." 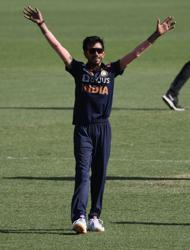