La Liga title race set to be more open than ever 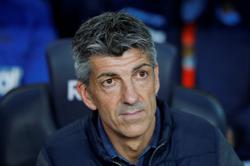 MADRID (Reuters) - Spanish champions Real Madrid and great rivals Barcelona appear increasingly unlikely to have things their own way this season, as has been the case over the last decade, with the 'big two' meekly losing at the weekend after a stuttering start.

After six match days, unlikely pacesetters Real Sociedad are the sixth different side to finish the week in first place.

While Real and Barca have games in hand due to their European commitments over the summer, neither side looks capable of racking up their habitual total of 90-plus points.

Promoted Cadiz were worthy of their 1-0 victory at Madrid, while Barca looked second best in losing 1-0 away to a combative Getafe side up for the fight.

The Spanish giants looked leggy and the two minnows showed the rest of the league the blueprint of how to get at their more illustrious counterparts.

When you factor in a footballing off-season like no other due to the COVID-19 pandemic, it is not hard to see why the big sides might struggle this season.

Real did not make any signings and have an ageing squad.

Barca, meanwhile, are in turmoil off the pitch with their board facing a vote of no confidence and forward Lionel Messi looking like he would rather be anywhere else than the Nou Camp after trying to engineer a move during the transfer window.

Even Atletico Madrid, the only side to have broken the Real-Barca duopoly in recent times, have looked laboured, with leading strikers Luis Suarez and Diego Costa the wrong side of 30 and plagued by injury doubts.

With distracting Champions League games coming up in the next two months and this weekend's 'Clasico' likely to see Real or Barca slip further off the pace, opportunity knocks for an outsider to launch a surprise title assault this term. 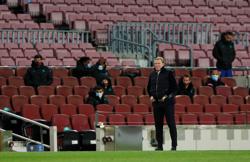 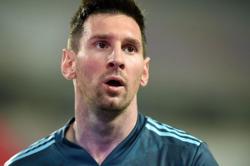