Coach tells Fighters to up the ante in the Malaysia Cup

PETALING JAYA: Felda United coach Nidzam Jamil has urged his Fighters to rise from the ashes in the Malaysia Cup.

The club’s future looks uncertain after their management announced they will not participate in the M-League next season.

They were also relegated from the Super League after they finished 11th in the 12-team standings but made the cut to compete in the Malaysia Cup on Nov 6.

Nidzam said a good performance could earn them new backers for the 2021 season even if they are playing in the Premier League.

“The team’s morale is not good following the announcement but we need to get a grip of the situation and look ahead. We are all professionals and we need to do the talking on the pitch, ” said the former international.

“I think there’s still light at the end of the tunnel, the Malaysia Cup could be our saviour... a good performance could see us getting someone to come on board to support us next season.

“We cannot lose hope and just give up, we still have a lot of fight in us.

“We need to make the Malaysia Cup as a platform for us to do well... even if the club close down, the players need to perform well to get an offer from other teams. That’s why I said we have plenty to fight for.”

Nidzam was appointed as coach in 2018 following the resignation of B. Sathianathan. He steered the team to avoid relegation last season and reach the group stage of the Cup competition.

The 40-year-old coach said that the conditional movement control order in the Klang Valley is another setback.

“We can’t do anything about it and as I have said, we cannot give up just like that. We will have to find solutions. We can ask the players to train at home to maintain their fitness and monitor their condition.

“We have gone through this period before during the MCO so I don’t think we will have much problems, ” added Nidzam. 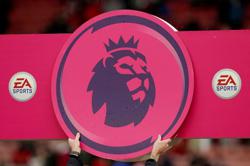